Quite possibly one of the most unsung successful national brands of the past would have to be the Mil-K-Botl brand, or Mil-Kay as it is more commonly known. The history of Mil-Kay starts out with the J. F. Lazier Manufacturing Company of St. Louis Missouri, which was a creator of artificially flavored extracts and concentrates. They would then sell these flavors to bottlers to use in their facilities as their flavor line which was a common base product for any bottler at the time. These flavor extracts were trademarked and included "Little Boy Blue Grape" trademarked on December 29, 1925, "Peter Pan Cherry" trademarked on May 8, 1926, and "Cinderella Orange" which was created in 1921.

In 1927 the company claimed to have created the first Orange Concentrate ever to be made with orange pulp, juice, and tincture of orange peel, which by the mid 1950's was "imitated and sold to all better bottlers throughout the U. S." Mil-K-Botl itself was created in 1935 as a "juice orange drink" which "made it possible for the entire bottling industry to recover the orange business previously lost to the dairies." This is of course referring to the brands of non-carbonated orange drinks such as Mission Orange and Bireley‘s, which were distributed by dairies during the 1920's and 1930's. Mil-K-Botl appears to follow this model of non-carbonation as well, the first bottle is an embossed bottle which has an appearance similar to that of a milk bottle, which is most likely also the origin of the name. The trademark notice for “Mil-k-botl” “and representation of Dutch windmill and oval panel bearing orange disk for carbonated beverages and syrups” was published in April 1939; however, it appears to have been registered in February of that year. They were already using the name on acl bottles prior to this however.

In 1939 they start using a 10oz bottle with "2 ounces of extra glass added" which they claim was copied by the entire industry later on. The earliest acl I have is a 1938 12oz which seems to back up that a conscious decision was made in the Mil-K-Botl brand trending toward 10oz sizes which they have done by 1941. On September 28, 1940 the company files for a trademark change for the brand which shortens the name from Mil-K-Botl to just Mil-Kay and also trademark the phrase "Just Say Mil-Kay" which would be the brand's main advertising tagline until at least the mid 1950's. They would also incorporate the use of vitamin B1 into the formula and sold themselves as "The Vitamin B1 drink". The brand was produced in paper label bottles, and the better known acl bottles which can be found in both blue & white, and black & white. There were three other brands that were also created by the company in the 1920's and 30's those being Dair-E which was an Orangeade trademarked in 1935, Natural Set Up a Lithiated Lemon soda trademarked in 1935, and Sun Drop a "pure orange extract" for which the trademark was filed on December 17, 1929, this brand would become Sun Drop Lemonade by 1937, and would be reformulated into the Sun Drop soda that we know today in 1952.

Some would believe that Mil-Kay was a flavor line picked up by bottlers in World War II so save on having to purchase several different bottles for the different brands they sold. Even though there are Mil-Kay Lemonade, and Mil-Kay Punch bottle caps out there, the Mil-Kay bottles themselves seem to put this in doubt. From my 1941 ACL bottle until 1952 the phrase on the top bar of the back label has always been "Flavored with Fresh Oranges", and from 1942-1944 even the front proudly proclaimed "Orange Phosphate". To further add to my argument the Mil-Kay Orange Corporation of America, which the company was calling itself by then, were hit with a cease and desist ruling from the Federal Trade Commission in 1952 for claiming that the brand was made with real oranges, and the company complied with this order by removing all references to oranges in their advertising, and on the bottles themselves, replacing the top bar on the back with the phrase "A Delicious Taste Treat".

With the success of the reformulating of the Sun Drop formula to the flavor we know today, Charles Lazier, who is the owner of the company by this point, decides to reformulate Mil-Kay into an Orange Cola using a bottle which closely mimicked the successful green Sun Drop bottles, but in clear. The older blue and white label bottles would remain as well into the 1960's; however, the brand seems to taper off during this decade. It appears that the company decides to start transforming into a juice concentrate maker for the dairy industry, and Mil-Kay is transformed into the Apache brand orange juice concentrate which is still being manufactured by the corporation, still owned by the Laziers, which is now known as Rocket Products.

That's the story of one of the most often over looked successful national brand in soda history. With its fairly static bottle designs, and being overshadowed by its more successful cousin, Sun Drop/Golden Girl Cola, I can see why. Yet it deserves its place in soft drink history. At least two local bottlers incorporated the basic design of the bottle into their own, Harman Beverage Company, of Knoxville, Tennessee, actually produced the Hartman Beverage bottle which sold alongside the similarly designed Mil-Kay during the 1950's, and after they dropped the brand Tri-City Beverage, of Johnson City, Tennessee, patterned their own Tri-City Beverages bottles after it as well which they used until the 1980's. 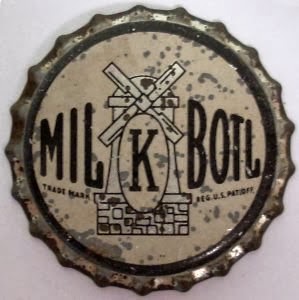 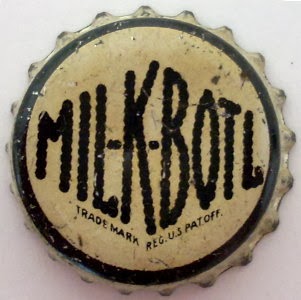 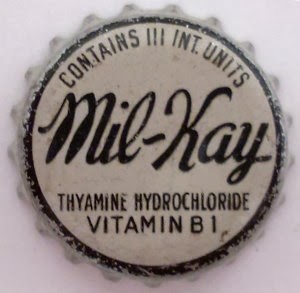 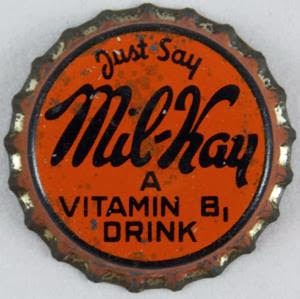 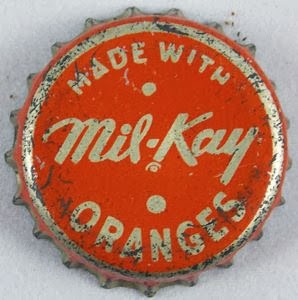 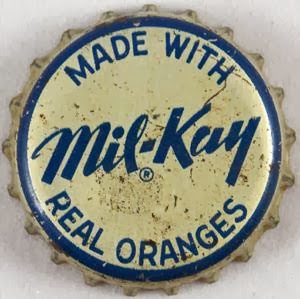 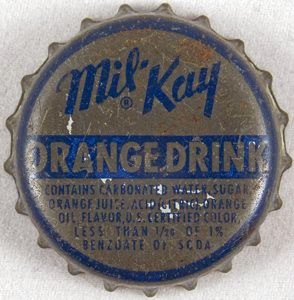 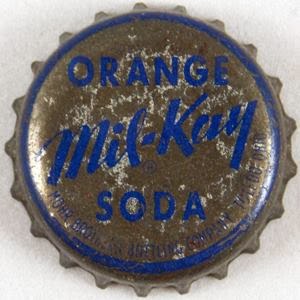 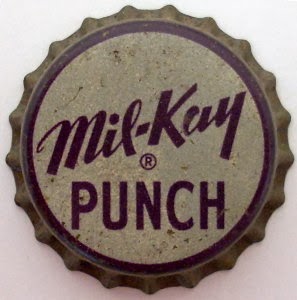 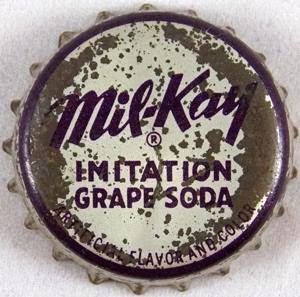 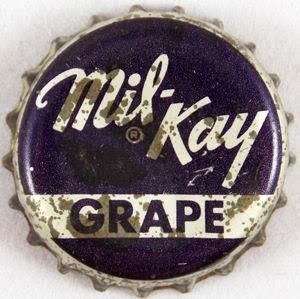 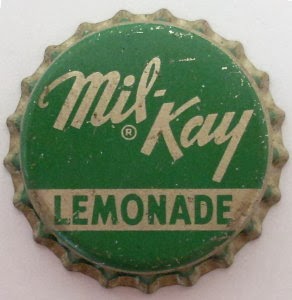 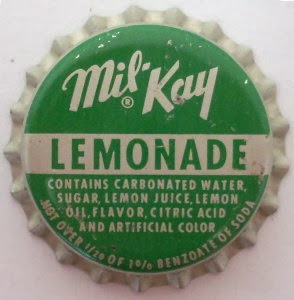 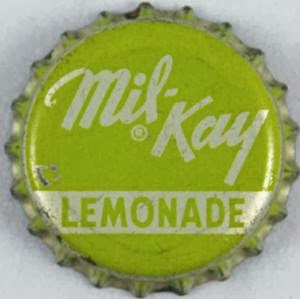 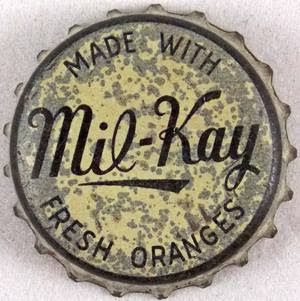